In this month’s episode, we sit down with Mark Pine, Deputy Director of the acclaimed Griffith Observatory in Los Angeles. Mark was instrumental in the 93 million dollar, five-year-long Observatory renovation after the turn of the century. As a lifelong public servant, his passion is humbly supporting those who bring the universe to millions of people every year. Join us to hear Mark’s story and learn more about this southern California landmark.

Our first episode of 2021 features one the the Coachella Valley’s most intriguing couples. Joe and GiGi Roberson love rocks! They’ve lived lives full of adventure, and built a collection of minerals so large and impressive that they knew they had to share it with the community. Join us as we explore Joe and Gigi’s passion for collecting and lifelong learning.

This month’s Curiosity Trap features a wide-ranging conversation with Coachella Valley resident Chauncey E. Spencer II, founder of the African Americans in Aviation Traveling Museum. His father was one of our nation’s first Black pilots and played an integral role in convincing Congress to include Blacks in the pre-World War II Civilian Pilot Training Program. His grandmother, Anne Spencer was a noted Harlem Renaissance poet, teacher, and civil rights activist. Join us to hear Chauncey’s own fascinating story and learn more about the incredible impact his family has had on our nation’s history.

Dr. Carla Hayden was sworn in as the 14th Librarian of Congress in 2016 by President Obama. A woman of firsts, Dr. Hayden is the first woman, the first African American and the first professional librarian (in 60 years) appointed to the post. Her responsibilities include overseeing the library’s massive collection as well as its 3,150 staff members, appointing the U.S. Poet Laureate, appointing the Register of the U.S. Copyright Office, choosing films for the National Film Preservation Board and keeping libraries up to date and relevant in our technologically changing world.

On the premiere episode of our new show Curiosity Trap, entertainer, musician, and author Bill Marx sits down with us to discuss his fascinating life. From growing up in one of the most famous comedy families of all time to leaving a lasting impression on his Coachella Valley community, Bill’s story is sure to pull you in! 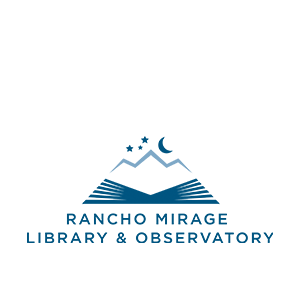